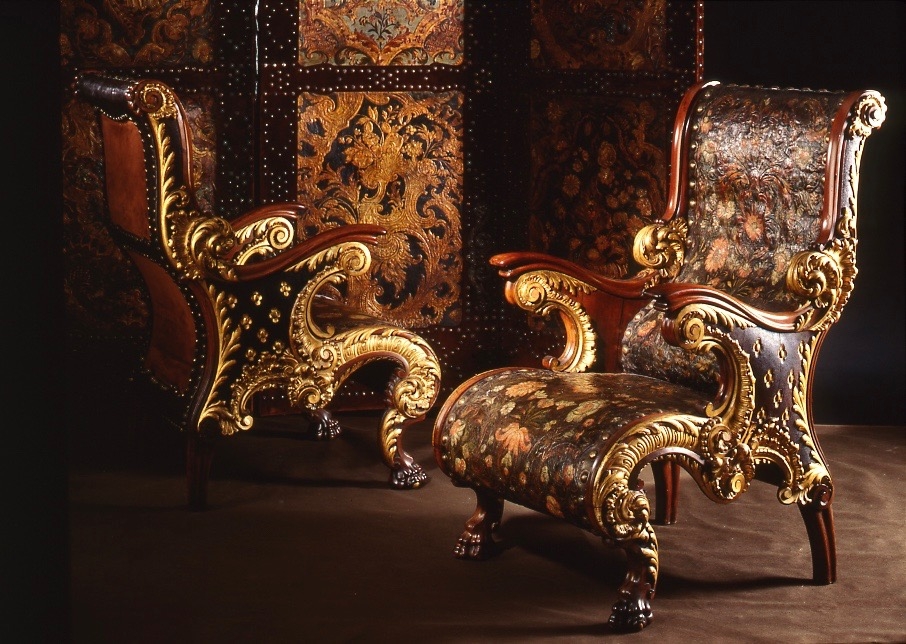 Pair of armchairs and screen
Cordoba leathers, velvet, sculpted mahogany and gold leaf -
Furniture from the drawing-room in the Güell Palace. Designed by Antonio Gaudi and realized by Francisco Vidal (1848-1914).
The cordobans were commissioned especialy for these furniture.
The confortable form of these armchairs shows that Gaudi was already extremely interested in ergonomic.
The body is held firmly erect by means of the internal structure of the seat and back, which is made up of preformed layers of wood glued one upon the other.
The head, spine and legs are perfectly and elegantly supported.
Only after several decades this idea was generally applied in furniture design.
In the background, a detail of the panels of the great screen from the Salon Noble in the Güell Palace.
FMR n° 75 1998 Photo Massimo Listri
textes de Luis Gueilburt et Joseph Maria Garrut y Roma;Director of the Gaudi Museum at Park Güell.