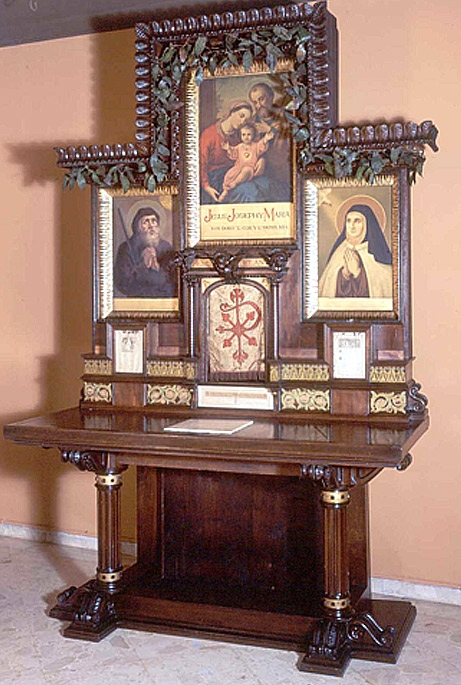 Autel de Bocabella - Gaudi 1885
Altar of M. Bocabella a singular work and its history too. Gaudi was committed in 1885 then a young person by the principal promoter of the expiatory temple, Josep Maria Bocabella, charged the architect the design of the altar for its particular oratory in is house. Bocabella, septuagénaire and widower, was a devout man and had a great quantity of relics of saints.

The craft work of the Altar Bocabella was realized by Frederic Labòria, a renowned cabinet maker of Reus emigrated in Barcelona. Labòria would begin to work also as modelista in the Sagrada Familia under Gaudí orders, and her sister Rosina would be the model for the Virgin in the facade of the Birth.